The Business Jazz Band - Our Story


Hello, thank you for dropping by. It means a lot and we appreciate your time. The story of this podcast is the story of a group of friends and allies spread around the world. We've never all been in the same room together, and no more than two of us have met face-to-face at any given time. Serendipity and the internet has brought us together. 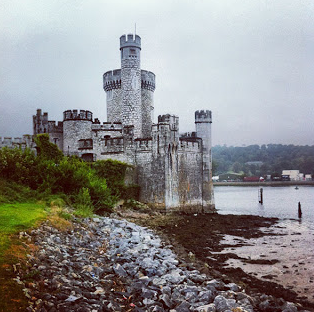 Business Jazz podcast began when Paul O'Mahony and Roger Overall began recording weekly conversations at the cafe inside the Blackrock Castle Observatory in Cork, Ireland. They are friends, neighbours and collaborators.  At the heart of their discussions were the weekly subscription email that is written by Chris Brogan. Boston-based, Chris wants to help "professionals work better, do the work they want, and to be brave".  Would you like a sense of the kind of man Chris is? Well, how about if we told you that this podcast was thrust upon him. He didn't ask for it. Nor was he consulted about it. He wasn't even warned. It grew out of Paul and Roger meeting for coffee. One day, it simply was. And Chris embraced it with warmth and support.

Mark Cotton, based in England, appeared one day in the circle offering the help of an audio wrangler, a producer even. He moulds the sounds into a disciplined soundtrack. He wrote the music. His band is Just Fontaine. His partner Sarah Langton provided the the gentle introduction, drawing you in.

AJ Leon was drawn into this circle too, also without his consent, though we think he doesn't mind. He is a misfit and he wants nothing more that to help you change the world. He is currently on an Odyssey with his wife Melissa. They are travelling the world in 1080 days. 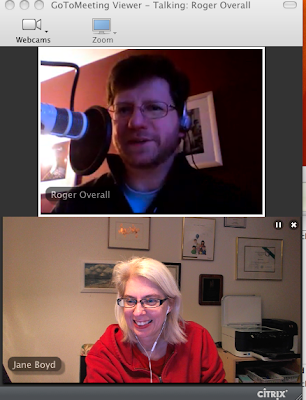 Jane Boyd, who had gotten to know Paul and Roger thanks to this wonderful Audioboo (by Paul), saw the potential for discussion and took on the role of cheerleader and backbone. Eventually, Jane also became a co-host of Business Jazz; allowing Paul to step back from recording for a while.

Today, Jane and Roger hold weekly recording sessions via Go To Meeting; linking Canada and Ireland together - across oceans, land masses and an eight hour time difference. They then send the audio to Mark; who continues to works his magic producing the weekly podcast. When Paul returns, we may move some of our recording sessions back to the castle.

While the focus of the discussions has expanded slightly beyond Chris Brogan's weekly email, his ideas and teachings remain at the heart of the podcast. Every week, Business Jazz explores how to be genuinely attractive in business today. Additionally, we have set some crazy big plans for the future of the podcast. They include:

There are also other friends that Business Jazz is incredibly thankful for:

And still we haven't talked about the most important people associated with this podcast. The gift of your ears and your time is gratefully received. No podcast survives without listeners. And no podcast thrives without listeners getting involved. If you have something to say, let us know. This is a two-way street. The traffic in our lane is pretty heavy already. We can't wait to see what you do with your side of the road.

By the way, if you're on LinkedIn, we have our own group where we meet to learn together. We'd love it if you knocked on the door to join us.

Thank you for listening.

Email ThisBlogThis!Share to TwitterShare to FacebookShare to Pinterest
Home
Subscribe to: Posts (Atom)
Business Jazz LinkedIn Group
Business Jazz has a place on LinkedIn for us all to come together and help each other be genuinely attractive in business. Join us.
Podcast Feeds
Click on this link to find a number of podcast feed subscription options: Business Jazz Feeds.

Alternatively, paste this url into your preferred podcatcher: http://feeds.feedburner.com/BusinessJazz